It is part of common sense that the sciences (natural / physical sciences, human / social sciences, even history) deal with truth and that literature, that is one of the arts, and the most important verbal art form, deals with fiction – that is, with invented stuff, basically, with lies. That is why many literary works, or audiovisual productions based on them (movies, series, plays, soap operas, etc.), carry a disclaimer that asserts that, being a work of fiction, any similarity in the story with any person, alive or dead, is mere coincidence…

Mario Vargas Llosa, Nobel Prize in Literature for the year 2010, wants to correct, or at least to qualify, this common sense assumption.

According to him, there is truth in literature – and the truth contained in high quality literary works (his book, in the second edition, provides marvelous reviews of his thirty five favorite literary master pieces of the twentieth century, his own excepted, naturally) is often more profound and more meaningful than the truth we find in science (or, for that matter, in reporting journalism, which is a sort of instantaneous contemporary history).

Art, for Vargas Llosa, and in this his view is quite close to that of Ayn Rand, whom he admires, both as a fiction writer and a philosopher, is our attempt to reconstruct reality so it conforms with, and reflects, our value system. This, of course, is a normative definition of art – not a descriptive one. Of course, even the best literary works, such as Vargas Llosa’s (and Rand’s) own, do contain much that seem to be realistic description of what is. But, subtly, the focus is on the normative, on what ought to be…

Vargas Llosa asserts in the first chapter of his book:

“Los hombres no están contentos con su suerte y casi todos — ricos o pobres, geniales o mediocres, célebres u oscuros— quisieran una vida distinta de la que viven. Para aplacar — tramposamente — ese apetito nacieron las ficciones. Ellas se escriben y se leen para que los seres humanos tengan las vidas que no se resignan a no tener. En el embrión de toda novela bulle una inconformidad, late un deseo insatisfecho.” (“People are not happy with their luck, and almost all of them – rich or poor, genial or stupid, famous or unknown – would love to have a life that is different from the one they do have. In order to satisfy this desire, even if in a deceitful manner, fictional art was born. Fiction is written and read in order that human beings may have the lives they cannot resign not to have. In the embryo of every novel lies an inconformity, a desire that was not satisfied” [my translation into English; emphasis added].)

In the heart of a work of fiction (at least of the great ones) there is always a truth that, somehow, refused to be born in real life… Or, in other words, a great truth that appears between the lines of a story that, taken literally, is nothing but a bunch of lies…

I quote Vargas Llosa again, once more from the all important first chapter:

“En efecto, las novelas mienten — no pueden hacer otra cosa — pero ésa es sólo una parte de la historia. La otra es que, mintiendo, expresan una curiosa verdad, que sólo puede expresarse encubierta, disfrazada de lo que no es”. (“As a matter of fact, novels do lie – they cannot do otherwise. But this is only part of the story. The other part is that, through their lies, they express a curious truth that can only be expressed undercover, as if it were, under the disguise of that which is not” [my translation].)

Here we have, in a long quotation, what Ayn Rand (fictional name of Alyssa Zinovievna Rosenbaum – but which carries more truth, the fictional or the real name?) said that may have influenced Vargas Llosa:

“The most important principle of the esthetics of literature was formulated by Aristotle, who said that fiction is of greater philosophical importance than history, because ‘history represents things as they are, while fiction represents them as they might be and ought to be.’ This applies to all forms of literature and most particularly to a form that did not come into existence until twenty-three centuries later: the novel.

A novel is a long, fictional story about human beings and the events of their lives. The four essential attributes of a novel are: Theme — Plot — Characterization — Style. These are attributes, not separable parts. They can be isolated conceptually for purposes of study, but one must always remember that they are interrelated and that a novel is their sum. (If it is a good novel, it is an indivisible sum.)

These four attributes pertain to all forms of literature, i.e., of fiction, with one exception. They pertain to novels, plays, scenarios, librettos, short stories. The single exception is poems. A poem does not have to tell a story; its basic attributes are theme and style.

A novel is the major literary form — in respect to its scope, its inexhaustible potentiality, its almost unlimited freedom (including the freedom from physical limitations of the kind that restrict a stage play) and, most importantly, in respect to the fact that a novel is a purely literary form of art which does not require the intermediary of the performing arts to achieve its ultimate effect.”

Voltaire, the great French philosopher of the Enlightenment, once said:

At first sight the saying sounds odd. Truths are truths – they do not need to be invented. What we have to invent are lies… But maybe Voltaire, who, besides a philosopher, was a writer of fiction (Candide!), was hinting at the fact that, especially at a time when telling the truth openly could be punished with death, we have to be content with saying our truths under the guise of lies, that is, trough literature…

More than two hundred years after Voltaire, a Brazil poet and fiction writer, Manoel de Barros, deceased in 13 of November of 2014, said something that reminds us of what the great French illuminist said:

The 90% he invents are not lies: they are literary truths hidden behind or under or between literal lies… 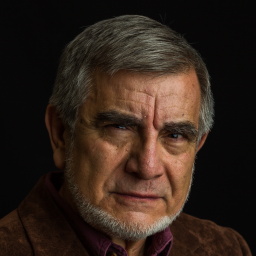